It used to be, in order to have a polite conversation, we just had to stick to the subjects like weather and/or our health. But these days, with climate change and anti-vaccine, I guess those subjects aren’t safe either.

So this world that we live in, this world in which every conversation has the potential to devolve into an argument, where even the most trivial of issues have someone fighting both passionately for it and against it – it’s not normal. We’re less likely to compromise, which means we’re not listening to each other, and we make decisions where to live, who to marry, who our friends are going to be, based on what we already believe.

A conversation requires a balance between talking and listening, but somewhere along the way, we lost that balance. Now, part of that is due to technology. About a third of today’s teenage population send more than a hundred texts a day. Many of them, almost most of them, are more likely to text their friends than they are to them face to face.

We’re slowly come to realize that conversational competence might be the single most overlooked skill we fail to teach. Kids spend hours each day engaging with ideas and each other through screens, but rarely do they have an opportunity to hone their interpersonal communication skills. It might sound like a funny question, but we have to ask ourselves is there any 21st-century skill more important than being able to sustain a coherent, confident conversation?

I’m sure many of you have already heard a lot of advice on how to talk and/or how to listen. Some of them being – look the person in the eye, think of interesting topics to discuss in advance, nod and smile to show that you’re paying attention. That’s all really just a bunch of crap.

Now, I’m sure we’ve all had great conversations. We’ve had them before. We know what it’s like. The kind of conversations where you walk away feeling engaged and inspired, or where you feel like you’ve made a real connection or you’ve been perfectly understood. There is no reason why most of our interactions can’t be like that.

What can we do to make ourselves better conversationalists?

Don’t pontificate. If you want to state your opinion without any opportunity for response, pushback, or growth, write a blog. Pundits are extremely boring and predictable. You need to enter every conversation assuming that you have something to learn. True listening requires a setting aside of oneself and sometimes setting aside your personal opinion.

Use open-ended questions. Start your questions with who, what, when, where, why or how. If you put in a complicated question, you’re going to get a simple answer out, ie. “Were you scared?”, the answer will most likely be “Yes, I was.” or “No, I wasn’t.”
Let them describe it, they’re the ones that know. Instead try asking things like, “What was that like?” or “How did that feel?”. They’ll probably have to stop for a moment and think about it, and you’re going to get a much more interesting response.

Don’t equate your experience with theirs. If someone’s talking about having lost a family member, don’t start talking about the time you lost a family member. If they’re talking about the trouble they’re having at work, don’t tell them about how much you hate your job. It’s not the same. It is never the same. All experiences are individual, and more importantly, it’s not about you. You don’t need to take that moment to prove how amazing you are or how much you’ve suffered. Conversations are not a promotional opportunity.

Try not to repeat yourself. It’s condescending and really boring, and we tend to do it a lot. Especially in work conversations or in conversations with our kids, we have a point to make so we just keep rephrasing it over and over. Don’t do that.

Stay out of the weeds. Frankly, people don’t care about the years, the names, the dates, all those details that you’re struggling to come up within your mind. They don’t care. What they care about is you. They care what you’re like, what you have in common. Forget the details. Leave them out.

Listen. Listening is perhaps the number one most important skill that you could develop. If your mouth is open, you’re not learning. Why do we not listen to each other? Number one, we’d rather talk. When we’re talking, we’re in control so we don’t have to hear anything we’re not interested in. We’re the center of attention. It takes effort and energy to actually pay attention, but if you can’t do that, you’re not in a conversation. You’re just two people shouting out barely related sentences in the same place. Most of us don’t listen with the intent to understand, we listen with the intent to reply.

Be brief. A good conversation is like a miniskirt; short enough to retain interest, but long enough to cover the subject.

All of this boils down to the same, basic concept – be interested in other people. Go out, talk to people, listen, keep your mind open, and always prepare to be amazed. 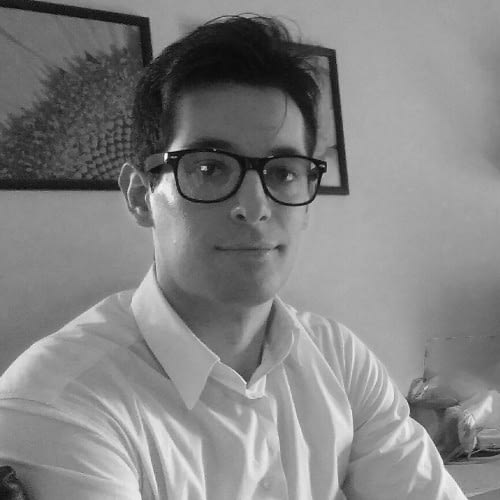 The secret to high performance is the drive to do things for their own sake.